assessment, treatment and research of memory and mood disorders

Nearly 20% of women experience postpartum depression (or also known as postnatal depression; PPD) within the first three months after delivering their baby.

Psychotherapy is typically the first treatment option for women with PPD, however this involves a significant investment of time and effort, and the overall process is quite slow. Antidepressants such as SSRIs are another treatment option, however there are often side effects and women express concerns about the effect on a breastfed infant.

Transcranial magnetic stimulation (TMS) is a fast, effective treatment with minimal to no side effects. In collaboration with Monash University, NeuroCentrix invites you to participate in a study investigating the use of TMS in treating depression for women.

Depression is a common illness affecting both body and mind and characterised by painful sadness, listless apathy, and exaggerated pessimism. The experience of depression, according to David Foster Wallace, is a “nausea of the cells and soul”, where all potential choices appear “not just unpleasant but literally horrible”.

The precise cause and mechanism of depression remains unknown. The predominant theories involve biological, psychological and social elements, and the reality is likely a complex network of factors pervading all these domains.

How these factors interact is also complex and varies between individuals, but we can at least outline a general pattern: an external trigger acts on internal vulnerabilities to produce a biologically-programmed response. That response is called depression.

What are the external triggers of depression?

External triggers that set an episode of depression in motion can be divided into biological and psychosocial categories.

What are the internal vulnerabilities for depression?

Again these factors may be divided into biological and psychosocial categories. For example:

Depression tends to deepen life’s problems, for example, making work and relationships harder, and also sensitises the brain by reinforcing neural circuits that underpin negative thinking. Depression, therefore, smooths the path to its own recurrence.

On the other hand, depression may also increase resilience by provoking positive life changes and summoning inner resources that can insulate a person against future attacks. Which direction the illness goes depends largely on the treatment patients receive and the choices they make.

Who is susceptible to depression?

Some people have known vulnerabilities to depression. Yet from our shared nature as human beings, depression can affect anyone.

Depression has been observed in all cultures and all known periods of history. Depression-like behaviour has also been observed across the animal kingdom, even in species as far down the evolutionary tree as crustaceans.

The pattern is so common and widespread that some researchers see depression not as a disease, like cancer, but as an innate response, like fainting.

We all have the inbuilt machinery that produces depression, but for some people, their trigger-system is more sensitive than others.

Later in life, other elements may arrive to weaken defences, such as alcohol, drugs, or medical illnesses. Then come the manifold stresses of life, any of which can form the tipping point.

What are the main symptoms of depression?

Depressed mood or Anhedonia plus 4 or more of:

What are the severities of depression?

Depression is categorised as mild, moderate, or severe. The severity of depression is classed by the number and intensity of symptoms, and impairment they produce. As a general guide:

Clinicians often use standardised questionnaires to quantify the severity of depression and track it over time.

What are the different types of depression?

Depression can be broadly divided into biological and psychological types, although most cases will be a mix of the two.

Identifying the type of depression can help guide treatment. Biological depression needs biological treatment, such as medication or neurostimulation.

What is the goal of depression treatment?

In other words, treating depression is not simply about removing pain – although blunting the worst of depression’s distress is a vital early step.

Also crucial is a person achieving their optimal level of function, or in the words of Freud, the ability “to love and to work”.

Closely related is producing a buffer against depression’s return, which involves targeting each domain through which depression appeared in the first place: the biological, the psychological, and the social.

What are the first steps in depression treatment?

There are several simple measures that can benefit anyone with depression, whatever the cause:

What are the options for depression treatment?

Several types of psychological therapy have excellent evidence for treating depression. The most common is cognitive behavioural therapy (CBT); others include interpersonal therapy (IPT) and acceptance and commitment therapy (ACT).

Psychology is the preferred initial treatment for mild depression, and is added to medication in moderate depression.

An antidepressant is preferred for moderate depression, or if psychology is unavailable. The most commonly used are selective-serotonin reuptake inhibitors (SSRIs) or serotonin-noradrenaline reuptake inhibitors (SNRIs). Others include those taken at night, such as mirtazapine or agomelatine.

The traditional form of neurostimulation is electroconvulsive therapy (ECT), which remains the preferred treatment for very severe depression.

A newer, less-invasive form of neurostimulation is transmagnetic stimulation (TMS), which is used for treatment-resistant depression, and increasingly as a first-line treatment.

When does depression require hospitalisation?

After diagnosing depression, a doctor will assess the best place for treatment. Mostly this will be outside hospital, but sometimes the severity or circumstances of depression mean that safe treatment at home is not possible.

Examples of when admission to hospital is required include: 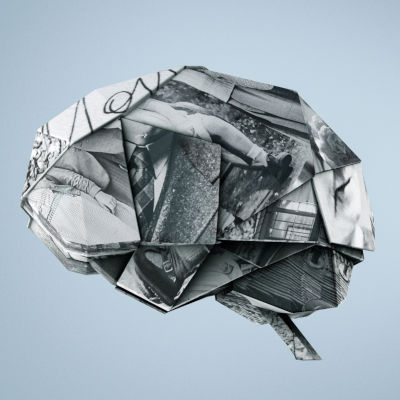 Please note: all fields are required.
By submitting this form, you give permission to NeuroCentrix to contact you in the future. You can stop this communications at any time. Your privacy is protected by our Privacy Policy.