Is there a mainstream role for the drugs of the counterculture? 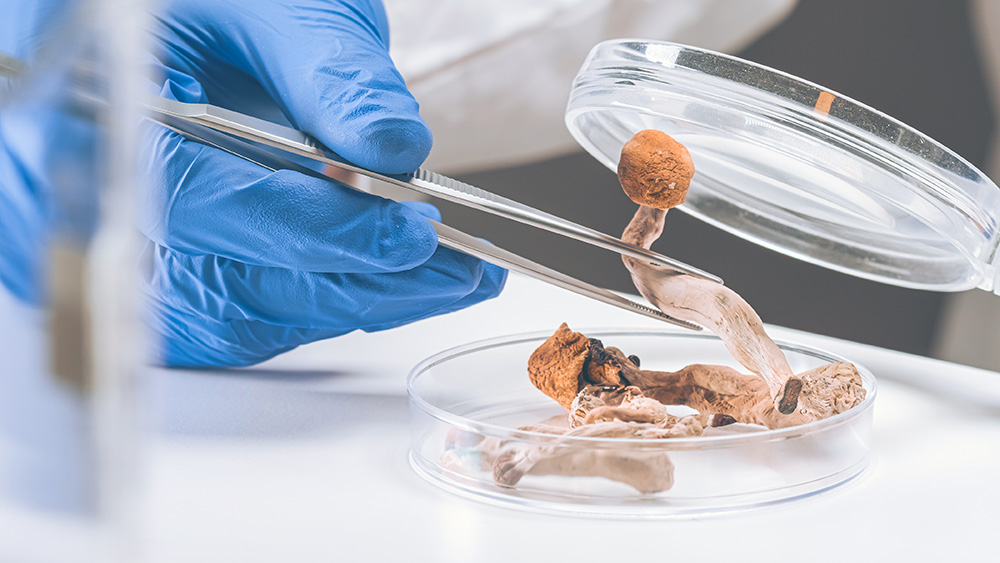 Early research into psilocybin and LSD

Psilocybin (the active element of magic mushrooms) and LSD (also known as acid) were research darlings in the 1950s, with hopes that they could cure depression, drug addiction and even the fear of mortality.

Sandoz Laboratories had introduced LSD as a psychiatric drug in 1947 and hailed it “as a cure for everything from schizophrenia to criminal behaviour, sexual perversions, and alcoholism.”

But by 1970, both were banned in the United States as drugs with high potential for abuse and no medical role.

The reputation of psychedelics floundered, seen by the public as the dangerous playthings of hippies, and the scientific community dismissed their research as too subjective to have any value.

The death knell came with the notorious Marsh Chapel Experiment, when Timothy Leary of Harvard had some of his students take psilocybin before a Good Friday Service. While most participants reported profound and positive mystical experiences, one had to be restrained and injected with Thorazine after he burst from the chapel believing that he was chosen to announce the return of the Messiah. Leary and his colleague were dismissed.

Since then research funding vanished, and for decades it seemed that psychedelics were doomed to the underground. Yet gradually academic interest returned, and now even the esteemed Johns Hopkins University has launched a dedicated centre for psychedelic studies.

Under investigation are problems as diverse as depression, PTSD, smoking, anorexia and Alzheimer’s disease.

In 2016, a team of researchers were among the first to tackle the subject with rigorous scientific standards.

With a randomised double-blind study of cancer patients, they demonstrated that psilocybin significantly reduced depression and anxiety.

Eighty percent of participants had retained these benefits six months later, and many even said they had lost their fear of death.

Such lasting improvement for a once-off treatment is extremely rare, but other studies have shown similar results. One from 2014 examined psilocybin in smoking and found cessation rates outperforming standard treatment by more than double, and two thirds of participants were still non-smokers a year later.

Most subjects in these studies report that their psilocybin experience was one of the most “meaningful and spiritually significant of their lives”. Such associated feelings may be positive for the participants, but they are less than reassuring for those hoping to see psychedelics within the scientific mainstream.

The ideal result for researchers would be clear benefit without any of the mystical side effects. But what if those experiences aren’t side effects, but the very basis of the effect?

Is there more to psilocybin than we know?

Perhaps there is something about the mystical experience itself which allows participants to stop smoking, overcome trauma, or recover from depression: the psychedelic simply being the agent which brings about that experience.

That is indeed what some studies suggest – for example, the “sense of unity and mystical significance” correlates directly with success quitting smoking. Perhaps the experience simply makes nicotine seem pointless in comparison. Of course, mainstream science would prefer to identify a more tangible mechanism, especially considering that psychiatrists are deeply suspicious of these kinds of experiences, and tend to call them “symptoms”.

Another problem is the difficulty producing a genuine double-blinded study, especially when using high doses. Subjects will definitely notice when they have received the psychedelic instead of the placebo, and the hallucinogenic effect also introduces a bias into recruitment. Researchers must inform potential subjects that they may be taking a psychedelic drug, which means that those who agree to participate will probably be more receptive to the experience than average, and more optimistic about its benefits.

There is no easy way out of this conundrum, which means that psychedelic research may never be entirely random.

Accordingly, critics of psychedelics will always have a soft target, and can simply demand a scientific standard that, by their very nature, psychedelics can never meet.

Researchers are not dismayed

Nevertheless, intrepid researchers are publishing a growing cohort of studies. While these are not the gold-standard of double-blinded randomised controlled trials, they are at least randomised and controlled.

A recent meta-analysis gathered the results of eleven of these trials on LSD, and the outcome was encouraging. Positive results were found across the board, with the greatest effect found for alcoholism.

Critics may claim that this result simply shows subjects vulnerable to addiction swapping one substance for another, but at least psychedelic research is finally stepping out of the shadows, and entering the mainstream glare of genuine scientific study.