PTSD and the Wounded Soul 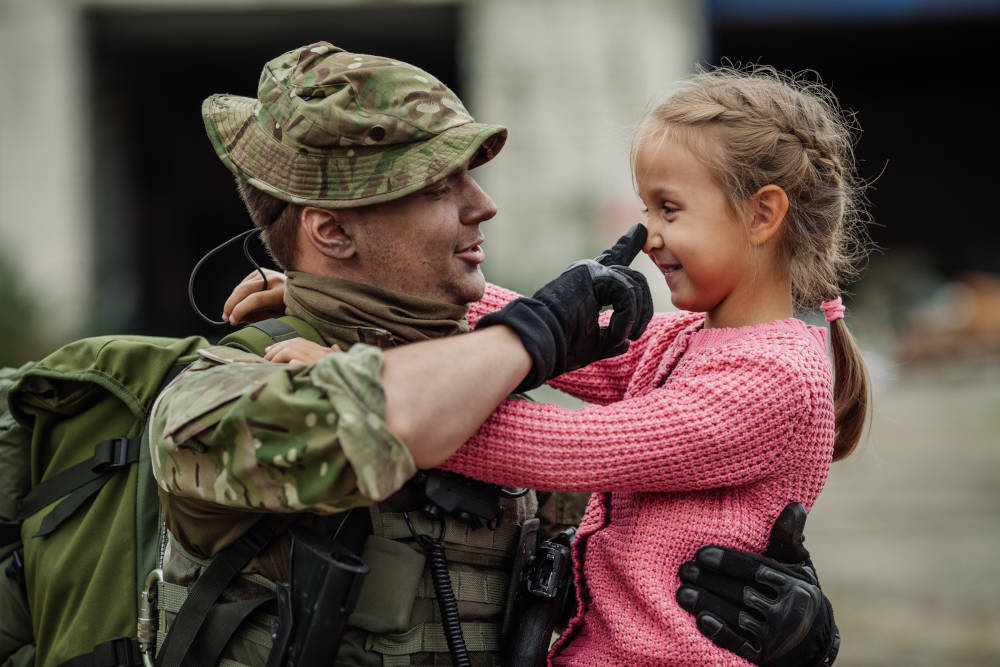 What human experience is the most potent trigger for post-traumatic stress disorder?

Ask 100 people this question, even doctors and psychiatrists, and you would receive a list of various traumatic experiences: car crashes, house fires, sexual assaults, shootings, stabbings, kidnappings, earthquakes and so on. The experiences would be varied but the essential theme the same: the future PTSD patient is the victim of some horrible, life-threatening event. Yet against all expectations it turns out that the most reliable path to PTSD is none of the above.

The most potent trigger for PTSD is not being the victim of something horrible or life-threatening, but being the perpetrator.

In a major study of US Vietnam veterans, more PTSD was found among soldiers who had killed an enemy compared to those who did not. Scores were even higher for those who had been directly involved in atrocities. Experiencing intense battle, being wounded, witnessing or narrowly surviving death could and did cause PTSD, but these factors were simply not as effective as being the one behind the trigger.

This surprising finding is something of a Copernican revolution in our understanding of PTSD.

The previous idea was that extreme victimhood produced an overwhelming assault on a person’s sense of self, with associated feelings of helplessness, despair, injustice and rage, all of which were simply too powerful to process.

The memory repeatedly returns to consciousness to be understood and dealt with, but it is too overwhelming to be either filed or discarded. Everything about it screams ‘emergency’, demanding immediate action, but the moment is passed and nothing can be done. And so the experience cannot be processed or forgotten, and it turns up again, and again, and again.

Sleep and dreams are our brain’s primary sorting station for life experiences, which explains why PTSD sufferers often have recurring nightmares. The event becomes like a mental stalker – harassing a brain that cannot get rid of it.

In waking life the processing efforts persist, making the person like a sluggish PC overburdened by too many unhelpful programs running in the background. The recurring torrent of raw images and emotions leave the person jumpy, preoccupied, numbed, and stuck in the past.

Turning to drugs, alcohol or risky behaviour become means of warding away the pain which only make matters worse.

But if the person was the perpetrator and perhaps not even in direct danger, what exactly is the brain struggling to process? Does our whole concept of PTSD collapse or can this surprising new data be integrated?

The answer is that there is something unique about being the perpetrator that the brain struggles to process.

For a victim of trauma who suffers PTSD, it is not difficult to understand what the brain fails to process. We all have a basic set of assumptions that allow us to get out of bed and out into the world: that we are essentially safe, capable, and prepared to deal with whatever the day may bring.

One of these is a positive bias in our self-conception. Over 80% of drivers believe they are better drivers than average. A similar number report themselves being more attractive, intelligent, or moral than most.

Almost everyone assumes they will not die until some abstract date in the future.

Of course, these beliefs are statistically impossible, but this is the kind of self-delusion we rely on to get by. A more extreme example is the mindset of a soldier charging into battle: yes, many will fall, but I will not be one of them.

Without these self-serving assumptions, we would find ourselves fearful, inhibited, fraught with worry and unable to act – in other words, mentally unwell.

The trauma directly contradicts the internal story we all use to function, which is why it cannot be comfortably slotted into memory.

Instead it rattles around like a loose bolt in a car engine, making a racket, sapping momentum, and causing further damage.

A threat to the most fundamental assumption

So what it is about being the perpetrator? Under threat here are not the assumptions of safety and self-agency, but one perhaps even more fundamental: that of being a human being.

As opposed to ancient or tribal societies where killing others was commonplace, accepted and even celebrated, it is a basic tenet of modern society that violently taking another life is to depart from that society, even from humanity itself. Those that do so are described as monsters or vermin – essentially inhuman. And so for the perpetrator we have a direct clash with their self-image, a fact that cannot be integrated.

The memory of taking another life, such as from being a soldier in war, the driver in a fatal car crash, or a police officer in a critical incident, is to have a loose bolt in the engine that seems to be even worse than a loss of safety or self-agency.

The trauma of the perpetrator strikes at the sense of self itself. This concept is called a moral injury.

Moral injury is a wound that arises from the betrayal of a person’s core values and accordingly their sense of self. The concept was developed by the psychiatrist Jonathan Shay, who noticed the disproportionate levels of drug and alcohol abuse, violence and suicide among Vietnam veterans.

After decades of work, Shay concluded that their suffering was related to, but something more, than traditional PTSD.

Most soldiers had set off for war with a similar set of values central to their identity. A sense of duty, justice, fairness, and patriotism helped them bind into an army and face extreme danger, but with the brutal reality on the ground, many found these values colliding and often broken. Killing others – sometimes civilians – failing to protect comrades, feeling betrayed by leaders, doubting their cause, were all indelible experiences that struck at a soldier’s conscience, worldview, and eventually their deepest sense of who they were.

The loss of faith in ideals or institutions can be so destabilising because those elements become interwoven with a person’s very identity, and this especially true for people such as police, soldiers, or priests, whose roles involve sacrifice for a higher cause.

For returning soldiers something equally powerful is needed to fill a void now inhabited by broken ideals. Some would find solace in love or religion, others fell back on drugs and alcohol, while others lashed out at the world, their anger serving as a stop-gap to shore up their sense of self.

These were men who “brought the war home with them” and their solution usually caused far more problems than it solved.

Often ideals are too closely held to fade away, and these may remain in perpetual conflict with a soldier’s experience. Memories of committing deeds that violate deepest convictions will lead to guilt, shame, sorrow, and bitterness, and nor will this clash quietly resolve. The experience of war is too intense to forget, and a sense of being a good person is too fundamental to let go.

Such a moral injury leads to depression, anxiety, and occasionally suicide.

While moral injury may be seen most clearly in returned soldiers, a similar but lesser effect can be discerned more subtly in other groups. The phenomenon of ‘burnout’ is common among doctors and nurses, where there is also a clash between ideals and messy reality.

In fact, any job where necessity forces a person to act against a central value will lead to a kind of moral injury. The dynamic may be too hidden for the person to recognise, but they may find themselves drinking at night to unwind, or starting withdraw from friends. Consciously they simply dislike their job, but deeper down is a clash between ideals and reality.

This collision is the common element between the closely related concepts of PTSD and moral injury.

The internal conflict remains active, or as soldiers often describe it, the war never ended.