Why Do Women Suffer More Depression? 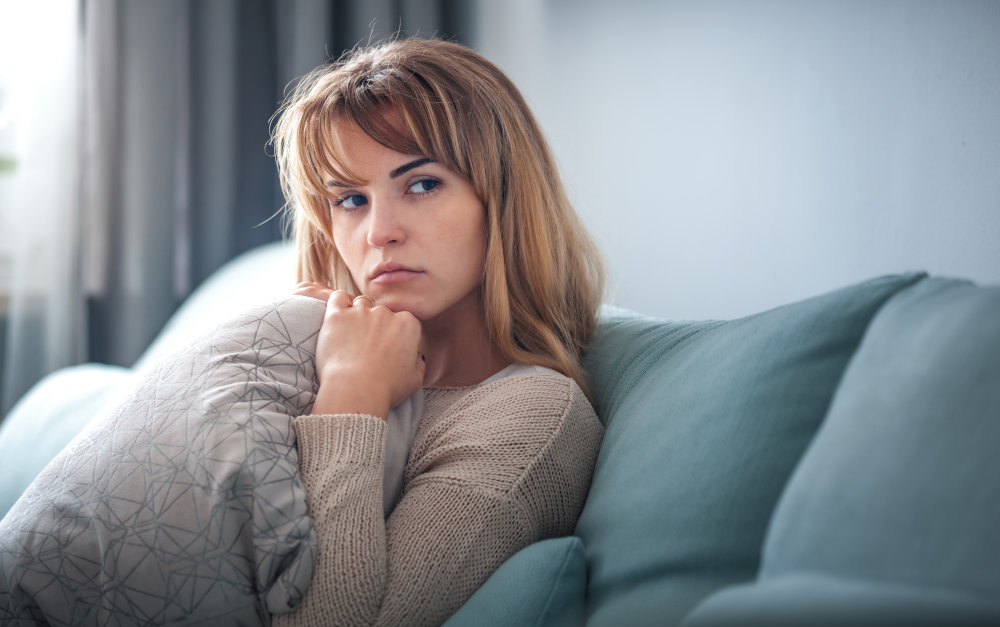 Depression comes in many forms and affects all walks of life. Genes and experiences interweave to produce an emotional and physical response as crippling as a serious disease. While the cause remains elusive, through many years of research one finding is rock solid: women are affected around twice as much as men.

Is discrimination the culprit?

Often the discrepancy is blamed on gender-based discrimination: women are more depressed, the theory goes, because they have fewer advantages and more hardships in a patriarchal society. If this is true, then the more patriarchal the society, the more depressed the women must be. But this answer immediately collapses under scrutiny.

The largest relevant study examined the rates of depression in 29 countries, with the natural assumption that more gender unequal countries would have more female depression. The study confirmed that women suffered more depression in all examined countries, but then came a twist that shocked the investigators:

They found that in more gender equal countries, the depression gap was actually greater.

With the trail of social forces growing cold, attention has turned to biological causes, especially the hormonal differences between men and women. Research has turned up an array of subtle findings but three clear trends emerge from the haze.

First, rates of depression in children are approximately equal, but depression in girls suddenly becomes twice that of boys during puberty.

Second, rates of depression increase during and following pregnancy.

Third, use of the oral contraceptive pill significantly increases the chance of a later diagnosis of depression and antidepressant use.

It is certainly possible to point to external factors that come along with these changes, such as the psychological stress of pregnancy, or the social pressures for adolescent girls. Yet, the strength and timing of the pattern strongly indicates something biological. Men also face heavy stressors during the relevant periods without the same effect, so hormones do appear to be involved.

But what exactly is their effect on the brain?

Hormonal changes in women appear to be a key factor in the gender gap of depression. Puberty, pregnancy and the pill are each powerful triggers, while the usual suspect of the patriarchy defies all expectations by being relatively protective, at least statistically.

One model that helps explain this curious phenomenon is the “two-strike” theory of the depression: first comes a vulnerability from genetics or childhood, and second a depressive trigger later in life. The trigger could be a life event such as trauma, job loss, or bereavement, but for women, the additional factor may well be hormones.

Researchers have looked at the hypothalamic-pituitary-adrenal (HPA) axis which produces the hormone cortisol as a response to stress.

Cortisol ramps up blood sugar production and swings resources away from background functions like digestion and growth so the body is ready for action, but having this emergency setting switch on too readily or too long can lead to depression. Much like the tale of the Boy who Cried Wolf, the usual defences no longer respond when needed. According to the two-strike theory, early adversity blunts the HPA-axis and makes a person more vulnerable to later stress.

To test this theory, researchers have exposed female mice to stress in puberty then later in pregnancy. They found that mice showed normal cortisol responses until the second stressor of pregnancy, while male mice or those unexposed to the first stress showed normal responses throughout.

They also found that the stressed mice had abnormalities in the HPA neurons of the hypothalamus. Key DNA had become more “trigger-happy”, and these structural changes correlated with behaviour: under stress, the mice were more subdued.

The effect of the allopregnanolone hormone

One study also unmasked the potential molecular culprit: allopregnanolone, a hormone that surges during pregnancy. Male mice who were stressed during puberty then given a high dose of allopregnanolone showed the same blunted HPA response.

These findings suggest that stress can also hormonally prime male mice for depression, but since there is no pregnancy, the second hit never comes.

The researchers then looked for the pattern in humans, and found that women who had suffered early-life adversity also had blunted stress responses, as well as testing higher for postpartum depression.

These findings help explain why women who suffer early adversity are more likely to become depressed during pregnancy.

A synthetic version of allopregnanolone has even been developed to treat postpartum depression, with promising results. The idea is that the drug smoothes the usual precipitous drop in allopregnanolone that occurs after pregnancy.

Of course, this leaves the problem of the original hormonal surges when pregnancy or puberty begin. Much research remains to be done, but we can at least conclude that there are profound hormonal differences between men and women that lurk behind the gender gap of depression.